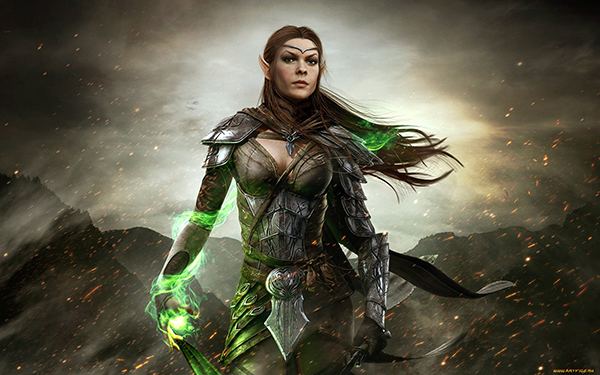 While writing our review of the best leveling guide for the Elder Scrolls Online, we found the dedicated ESO sorcerer guide developed by the guys at Killer Guides. We found this to be such an amazing piece of art (yes, art!) that we decided to focus a piece on it. Whether you a fresh to the game looking to start playing with a sorcerer or a PvP slayin’ master looking for those last secret techniques to perfect your skills, this guide has it all. Below are the fundament a Sorcerer guide is built on. For the full 50-page magic, check out the guide by Killer Guides here.

If you’re more interested in the fastest way to reach your level cap, check out the ESO Zygor Guide. This is your personal in-game navigation system showing you what quests to take, who to speak to and how to navigate the world of Tamriel in the easiest way.

The Sorcerer is the Mage or the Caster of the Elder Scrolls Online. It is the class most capable at using highly potent magic to destroy his foes, making it arguably the most capable ranged DPS class of the game. But the Sorcerer is more than the that. For most players experienced with World of World, who heard that there would be only one dedicated light armour class, thought this would be Mage, Warlock and Monk in one. However, only two out three apply. Yes, the Sorcerer can fulfil a playing-style similar to either the Mage or the Warlock, but not the Monk. There is no dedicated healing skill tree available to the Sorcerer. Where this might disappoint some, it is also means that this character is a highly capable DPS class or survivor, making this a very exciting class to play and a class very suited to engineer to perfection.

As with all classes, three specific skill trees exist for the Sorcerer, each boasting a unique set of talents each with there own pro’s and con’s.

The Dark Magic skill tree has strong DPS focus with various crowd controlling tactics. Through immobilisations and disorientation the Sorcerer controls his enemies in this ree while draining the health pool with heavy ranged strikes. It is a tree strongly suited for players interested in dealing great amounts of damage, owning in PvP or playing a strong support class in groups.

The skill tree is very similar to the Warlock class in World of Warcraft. It allows the players to summon minions, curse their foes and use buff spells to protect themselves from harm. It’s the lowest DPS tree in the Sorcerers arsenal but offers the greatest amount of survivability. It’s a class played mostly by players who wish to level fast while playing solo without needing to die often, or by players who enjoy taking a companion along with them through the realm of Tamriel. Some players might even argue, that due the use of minions, this class has some tanking capabilities as well.

The most focussed offensive skill tree of the Sorcerer is the Storm Calling tree. Without the crowd controlling tactics of the Dark Magic tree, this turns this mage-like character into less of a tactical support class, and more into a straightforward DPS class with a high potency for dealing great amounts of ranged damage. When preferring the Mage role, this is the most classic approach. As the best ESO Sorcerer guide will explain in more detail, this tree is highly suited those wanting great ranged DPS and full assault.

The classic combination for the Sorcerer is of course light armour and a destruction staff. Due the flexibility of playing-styles in the Elder Scrolls Online however, it wouldn’t surprise anyone to come across a more creative player every once in a while. One can imagine a battle mage swapping in the heat of the battle for a two-handed mace to deliver the final unexpected blow to his foe.

Due to the magic regeneration attributes of light armour, it remains the most obvious pick for the Sorcerer, whichever skill tree is chosen. However, it is not unimaginable to encounter battle-mages with a very specific spec to come out of nowhere boasting an impressive medium or heavy armour set.

The High Elves, Dark Elves and Bretons are the most popular classed by far for the magical builds. This is of course due to their natural talents for casting roles thanks to numerous magic and spell damage bonuses. As the best ESO Sorcerer guide will explain however, there is no need to stick to these specific races, as the skill trees are in no way limited by the choice in race.

Find out more on the ESO Killer Guides masterpiece here.

Looking for the best
DSLR Cameras Under $750 ?