The Good: The Nexus 6P is one of the first phones to come with Android 6.0 Marshmallow. It has a sharp display, good camera, loud speakers, and a great fingerprint scanner.

The Bad: It's a bit too big for most users, and its design is somewhat boxy. Also, most users will find the fingerprint scanner's position to be not-so-convenient.

The Verdict: The 6P's design may not be the most inspiring, but it's a really powerful smartphone that delivers a lot of value for money.

Design-wise, the Nexus 6P doesn't introduce anything special, but instead embraces quite a few trends of the day. The sides and back of the device are made entirely of aluminum. It sports a large, 5.7-inch display on the front with stereo speakers located above and below of the screen. The fingerprint scanner is located on the back, in the upper part of the device, and may be difficult to reach if you have smaller hands.

The Google Nexus 6P is one of the first phones to feature Google's latest Android software - Marshmallow. As always, it offers smoother and faster experience, along with a few more cool features. Just as you would expect from a Google phone, it runs "pure" Android, without any skins or unnecessary apps.

The 6P features a 12.3MP rear camera with a Sony sensor. It takes awesome outdoor shots, and low-light/night shots are pretty good as well (although not as good as the ones taken with Samsung Galaxy S6, for example). On the video side, the Google Nexus 6P shoots 4K video, as well as slow-motion video (up to 240 frames per second in lower resolutions, of course).

If you're looking for a smartphone under $600, then you should definitely consider the Nexus 6P. It is one of the first phones to sport the latest Android 6.0, and has great specs. The design may not appeal to everyone, and the fingerprint scanner's position is a bit tricky, but other than that, there's not many things wrong with this phone. The 6P has a great 12.3MP rear camera, as well as decent battery life 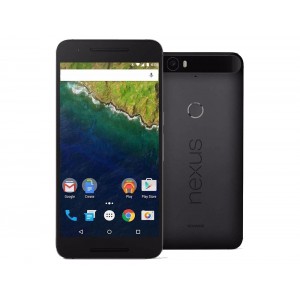