The Good: A well rounded software that is reliable and does the job as marketed, improved performance over the previous versions, render in-place feature added.

The Bad: Requires a bit of learning in order to be used to the fullest extent, still no mixer undo option, few bugs and issues.

The Verdict: Steinberg has definitely stepped up their game with Cubase Pro 8. It's a more polished version that fixed a lot of notorious issues from previously released Cubase software. By far not the cheapest you can find, but the price is worth it.

Cubase was always considered to be a straightforward, and reliable digital audio workstation that didn't have too much going for it aesthetically, but always delivered when it comes to quality of the end product. Same goes for Cubase Pro 8. This version saw improvements in all aspects that were considered to be a weak point in previous iterations of this software.

Before we get into what's new in Cubase Pro 8, we have to mention one of the most important improvements that was long overdue. Even though Cubase was always considered to be a stable software, there were known instances where it would just crash and take all of your work down with it. As you can imagine, this didn't sit well with the users. Fortunately Cubase Pro 8 really changed that. It's probably the most stable Cubase out there, and although it has a bug here or there, the software is solid.

User interface has remained more or less the same, and it's noticeable that it was designed with simplicity of use in mind. It's relatively clean and clutter-free however MediaBay may get in the way, but you can remove if you wish to. Right away you will notice the chord pads, which is something similar to what we've already seen in Cubase 7. These chord pads can be activated onscreen or you can activate them via MIDI.

If you've used older versions of Cubase, you probably know that rendering and exporting the track was a tricky business. The software would often freeze or crash, making you start the whole process again. Cubase Pro 8 implements a render in-place function that eliminates this problem, and works rather reliably.

Cubase Pro 8 still suffers from some notorious issues that are already known from the previous versions of this software. For starters, you still can't undo the Mixer. We can't say why Steinberg can't just fix this issue as it can become annoying if you plan on using Cubase Pro 8 for any significant period of time.

In essence, Steinberg Cubase Pro 8 is a more polished and better packaged version of their most popular DAW. Every significant issue from previous versions has been ironed out and the result is a software whose core elements work, and work well. If you can look past some of its few remaining problems, you will get an incredible piece of audio editing and recording software. 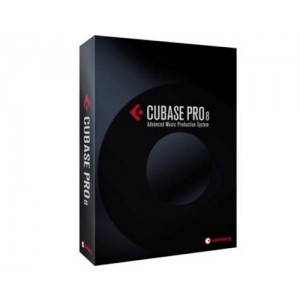